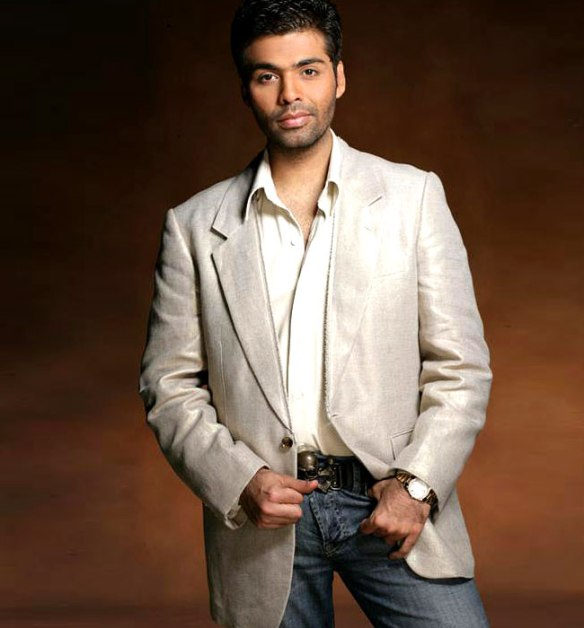 Yeah, I can definitely see Karan Johar going stylishly gaga in his mount olympus box seat. He will be an elegant representative for India.  Fashion icon Karan, all eyes will be on what he wears each day, starting with breakfast. He’s easily the best dressed man in India and serious eye-candy. I bet he smells good, too. :-)

He will glitz up the box with a dash of  Haute Indian Couture and a glass of champagne while watching the athletes break into an olympic sweat. I am sure he’ll showcase a lot of his own designs from the Karan Johar +Varun Bahl collection. Can’t wait to get daily updates. Pardon me, but Who needs to go for gold silver or bronze if you got a package that unites all three?

I’d be happy to walk away with Karan.

— in an ideal world. helas. 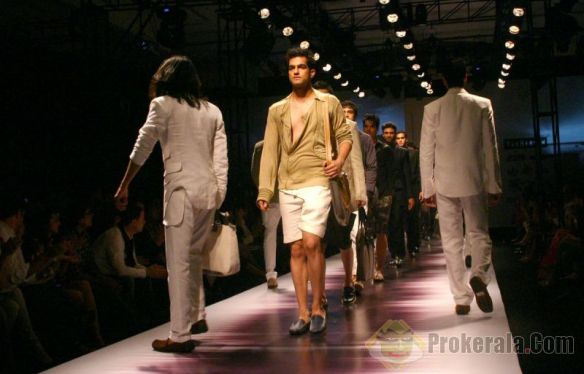 Well, for the Brits maybe not in the kurta inspired shorts.. even though i can see them coming handy when jumping hurdles.

Karan Johar amongst two Indians to be invited to London Olympics

MUMBAI: Producer, director Karan Johar is among two Indians who will officially represent India in the upcoming London Olympics 2012 beginning on 27 July—the other being Indian Prime Minister – Dr Manmohan Singh. The filmmaker has received an official invitation to join 506 dignitaries at the event.
“When the invite came up, I knew it’s a once-in-a-life-time opportunity, so I grabbed it almost immediately,” says Karan.
While the PM’s invitation has come from his British counterpart David Cameron as a matter of protocol, Karan’s invite comes from the Visit Britain authorities, the country’s tourist authority. Karan has been in touch with the organisation since a lot of his movies are based in and have been shot in London. In fact, for him, London is like second home.
Karan will catch the opening ceremony in a special box reserved for the who`s who of the world. “It gives me a great feeling. It will be exciting to witness such a breathtaking event from close quarters,” the filmmaker has said in an interview.
Other prominent guests include Simon Vincent (worldwide president for Hilton hotels), Jasminder Singh (founder and chairman of Radisson Edwardian Hotels), Julie Southern (chief commercial officer of Virgin Atlantic) and filmmaker Anthony Fabian.
He is currently busy with the shooting of ‘Student Of The Year’ and will take a special break to be part of the biggest sporting extravaganza of the world!
Added Johar, “The 2012 Olympics is going to be a conglomerate of an epic magnitude. The memory of having participated in it, even as a spectator, is going to stay with me for a lifetime. It is London’s big-ticket weekend and I’m not about to miss it for anything in the world.”
source:  http://businessofcinema.com/news.php?newsid=21246