This is a movie I have been waiting for feverishly. But I have to bite my nails until Sunday.  The new cinematic venture by Ang Lee, Life of Pi,  promises some spectacular visuals. And to my delight it has an almost all-Indian cast, which includes the great Irrfan Khan, Tabu and newcomer Suraj Sharma in his role as Pi Patel, the zookeeper’s son, who gets stranded, shipwrecked, with a hungry, disoriented tiger as only company. [ Look who’s coming for dinner. Could it get any worse? :-) ]

Santiago-born cinematographer Claudio Miranda has worked on several movies as chief lighting technician in the past, did commercials, music videos. Light is the alpha & omega in photography and cinematography. Right off from the trailer of Life of Pi  that sensitivity becomes obvious. Miranda’s website gives a glimpse of his talent: www.claudiomiranda.com. He honed his skills as cinematographer in  The Curious Case of Benjamin Button and TRON: Legacy.  Godknows, Miranda might very well become one of our most influential cinematographers in time, but that’s just a gut feeling. He seems to be the perfect match for grandmaster Ang Lee, who is directing this new 3D extravaganza. I am not a fan of 3D but this one I believe is worth the nuisance.

Ang Lee’s work speaks for itself. Eat Drink Man Woman. 94. Genius. If you haven’t seen it yet, go check it out. Sense and Sensibility (95) based on the Jane Austen novel starring Emma Thompson, Kate Winslet and Hugh Grant. Lives spinning out of control in  Ice Storm (97) with Kevin Kline.  unforgettable. Crouching Tiger Hidden Dragon (2000) which popularized flying up walls and jumping roofs defying gravity. nough said.Oh and the Oscar winner, the epic Brokeback Mountain with Heath Ledger and Jake Gyllenhaal, which included a lot of manly sex, longing and heartache. I can still smell the campfire, the grand wide landscapes and cowboy boots. Ang Lee always delivers. Life of Pi will be another exceptional film from this masterful filmmaker.

I feel like a kid counting the days until Christmas: 2+1/2.  My only regret is, I haven’t read the book. But maybe that’s a good thing. Sometimes it works better this way around. Movie first, book later. For me, at least. More suspenseful.


awesome doesn’t describe it.  It looks like another Ang Lee masterwork, magical.

The official trailer for Ang Lee’s “Life of Pi”. Starring Tobey Maguire, Suraj Sharma and Irrfan Khan. The story of an Indian boy named Pi, a zookeeper’s son who finds himself in the company of a hyena, zebra, orangutan, and a Bengal tiger after a shipwreck sets them adrift in the Pacific Ocean. 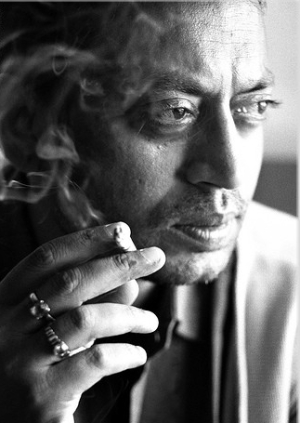 Great NYT interview with one of Bollywood’s most interesting and intriguing actors today: Irrfan Khan. Here in America, we know him from Mira Nair’s  brilliant movie The Namesake,  based on Jhumpa Lahiri’s novel,  Slumdog Millionaire,  and In Treatment, where he delivered a powerful performance as Sunil, the reluctant patient. He was the heart and soul of that series in my view and I stopped watching after he left.

Irrfan Khan plays all his characters with complexity and non-chalance, with introspection and passion. There is nobody like him.  Selective in the roles he accepts, he will always surprise you, enchant you, transfix you.  He is my unsung hero in a filmi industry that is flamboyant and yet shallow at times. You will not see him in boisterous masala films. You will discover him the way he wants to be discovered. In intelligent ways.

His filmography is as long as the Ganges and begins  in 1988 with Salaam Bombay.  Irrfan Khan is a big name in India but was little known here in the US until Slumdog Millionaire hit the theaters. It opened doors for him and his talent was quickly recognized.  We will be seeing much more of him in the future. Starting with  Ang Lee’s  Life of Pi and  Marc Webb’s The Amazing Spider-Man.

The  movies I  highly recommend apart from all those mentioned above:

Life in a Metro

Bollywood movies from a Non-Indian perspective

Ruminations on Film, Life, and the Unimportant Things In Between

The real Italy, as seen from the heart

Starting with a day - Ending with a little written down

All great changes are preceded by chaos.

There Will Be Asia

A guide to Work, Study, and Travel in Asia

The wacky stories of a crazy lady.

Get your dose of Bollywood here!